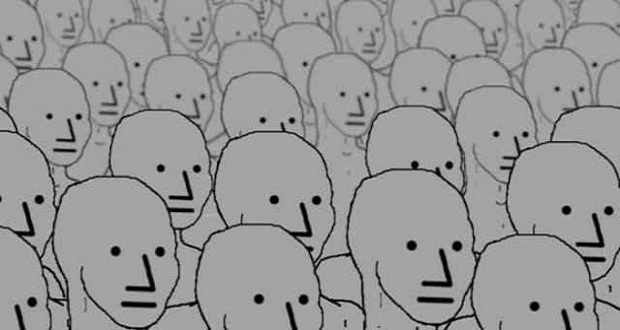 Important question: what does the way you dress say about you?

If your answer is ‘not much really’, then you’re likely what I consider a Wallflower Man

Expect to see me using this term more on the site from now on. It is the most concise summation of how men present themselves. The men who dress like they wish to go unnoticed – whether this is done on purpose or carelessly.

Bland and boring – You want to inspire better first impressions than that.

Over the past few years, I have often helped fix Tinder/online dating profiles that pop up in the self-improvement spaces I’m a part of. For some guys the primary reason they come to these online spaces is to find help with their online dating profiles and it falls to those of us who have success and experience to point them in the right direction. As the resident ‘style guy’, I often jump in and remark on how these men are coming across in their profiles through their dress sense.

The most common feedback I have given is that the man in question looks too much like either:

Both labels communicate what I’m getting at, but I feel they don’t quite hit the nail on the head like Wallflower Man does.

Nice Guy has some unfortunate connotations thanks to subreddits and memes. I used to be a fan of cringe content on YouTube and Nice Guy stories were a big part of that subculture. The creepy, cringe man who expects girls to like him just because he is a Nice Guy. Those issues go a lot further than the simple style problem I am trying to solve frankly.

Mr Boyfriend is closer to what I am trying to say – that often the style is safe and pedestrian, thereby marking you out as the safe and pedestrian option a girl could settle down with. Men who dress this way are unlikely to be particularly successful with multiple women, especially on online dating apps such as Tinder or Bumble – which are notoriously image driven over everything else.

From my own experience and helping others with online dating, dressing like a potential boyfriend doesn’t play very well because you look too much like the rest of the crowd of men on there.

But the issue I have with Mr Boyfriend is I don’t want to demean guys aiming for relationships. And finding a great relationship will be easier if you have a certain level of attractive presentation anyway.

So no I’ve arrived at Wallflower Man.

Wallflower when used as an insult refers to people who are too shy or unpopular to be noticed or involved in social situations.

In the context I am using it, it refers to men who dress in such a bland, non-descript way that they blend into the background of society. And more importantly blend into the masses of men seeking romantic or casual encounters with women.

There are worse ways to dress still of course. If I saw someone that was just badly dressed i.e., ill fitted clothing, colours clashing terribly etc then I would tell them they need to focus on the absolute basics first. This criticism assumes the guy in question has at least some knowledge of how to dress, they are just doing it in a boring way.

Wearing wallflower style is an even more common mistake than men who wear outlandish or garish items of clothing. The pickup artists of a decade ago had that infamous practice called peacocking, a practice of wearing eye-catching but often awful pieces of clothing or large accessories so as to grab a women’s attention.

Overdoing it is certainly a mistake you will see in fashion from men but more commonly I see men who don’t make their outfits to noteworthy at all. Some of this is no doubt due to laziness, dressing oneself without actually putting much thought into the outfit.

At least when the pickup artists of old went out wearing feather boas and pink cowboy hats, they had at least considered their outfits as an important part of attracting women. That’s not to say you should do that sort of thing though, please don’t.

Focus on building a solid modern wardrobe and levelling up your edge…. no feather boas. To finish I will show you some prime examples of how guys cast themselves into the grey, monotonous sea of NPCs.

Men who only wear formal or smart casual:

Men who wear too many jumpers:

Men who wear too many polo shirts:

Let me wipe the tears from my eyes and finish this article off on a positive.

Important to note, many of these fashion choices can be done well. Other than terrible T-Shirts I’m not throwing the rest of these styles out necessarily. I have big reservations on all of them but I have seen fashion gods pull them off regardless.

As much as I hate plaid flannel here is an example of Instagram model @magic_fox doing his best to redeem it:

This however is lightyears away from how most of you wear plaid shirts. He’s heavily accessorised around it, has great shoe choice, picked a good colour for his complexion, paired correctly with black denim and he’s in great shape which helps too.